A shared history with our town

Our church was established in 1899 when the town was just beginning to establish itself as a center of industry.  The church sanctuary was built in 1914.  As the town’s industries began to grow, so did the church.  Presbyterians came to work in Roanoke Rapids as engineers, machinists, purchasers, laborers, and managers.   With over 200 members, work began on an education building in 1938.   In 1952 the church planted a chapel that would later become Stanley White Presbyterian church on a lot roughly a mile west of the church campus.  Then in 1957 a fellowship hall was built by the Loy family in memory of their two children who tragically drowned the year before.  The sanctuary suffered a fire in 1961 and was rebuilt on the same site.  In the meantime church services were held in the Loy building.  The rebuilt sanctuary opened in 1963.  In 1989 the church’s membership grew to over 300 members thus necessitating a new Education Building.  This building was completed in 1991 and dedicated to Rev. John Mack Walker and his wife Amelia.  Rev. Walker had served the church as pastor for 38 years and had retired in 1980.  The Loy Memorial Building was improved in 1994 to accommodate the larger membership of the church which revised the campus to its current state.  Shortly after the departure of the church’s pastor, Dr. Frank Covington, in 1996, economic pressures from foreign textile interests caused domestic textile mills in the region to re-tool or close.  In 2003 the fourth and last textile mill in Roanoke Rapids closed, leaving one paper mill as the vestigial evidence of a once booming economy in the town.  The area is still home to a variety of light industries, a hospital, and a community college.  While efforts to re-vitalize the economy have had limited success, the town still enjoys being the main local provider of amenities for those who live in neighboring counties.  Likewise the congregation at First Presbyterian continues to faithfully witness to the gospel in many creative ways through its worship, educational opportunities and outreach. 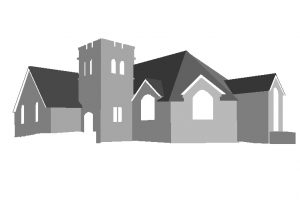